BGAS are delighted to have contributed to a project designed to preserve and display what is thought to be two of the most important Roman artefacts discovered in Gloucester in recent years.

The objects involved are both exceptional pieces of Roman masonry, one of which is thought by Dr Martin Henig (Oxford University) to have formed part of an important building in central Roman Gloucester, possibly a temple or the forum basilica (Roman town hall). 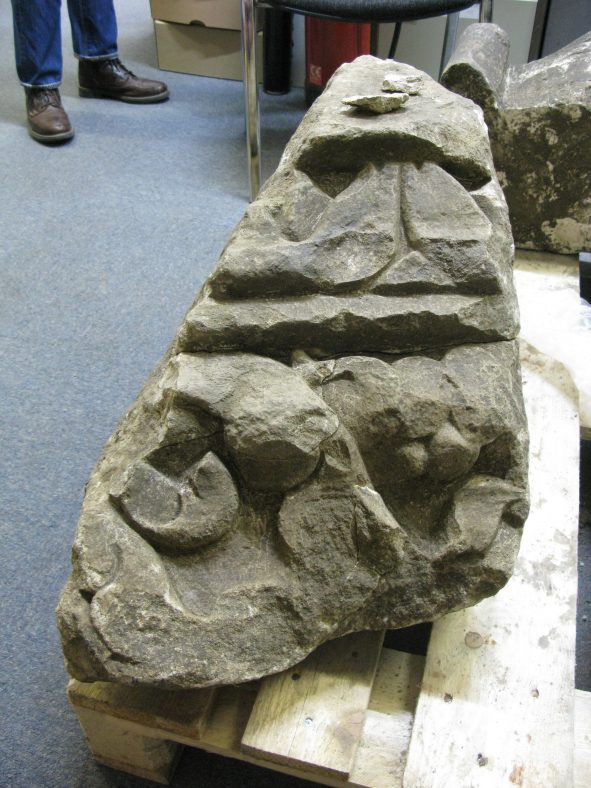 The second item is believed to be part of a stone altar, with carved scroll-like ornaments on either side. Sadly, the front has been broken off making it impossible to see any inscriptions. 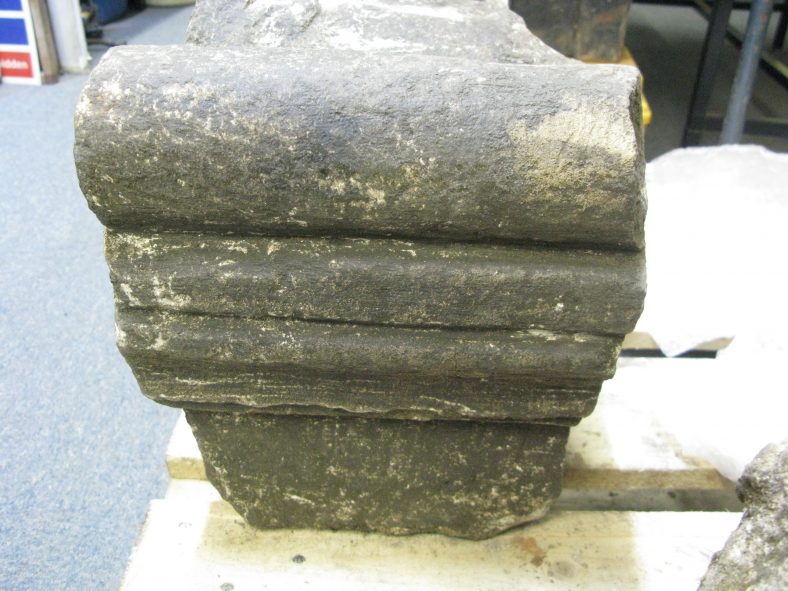 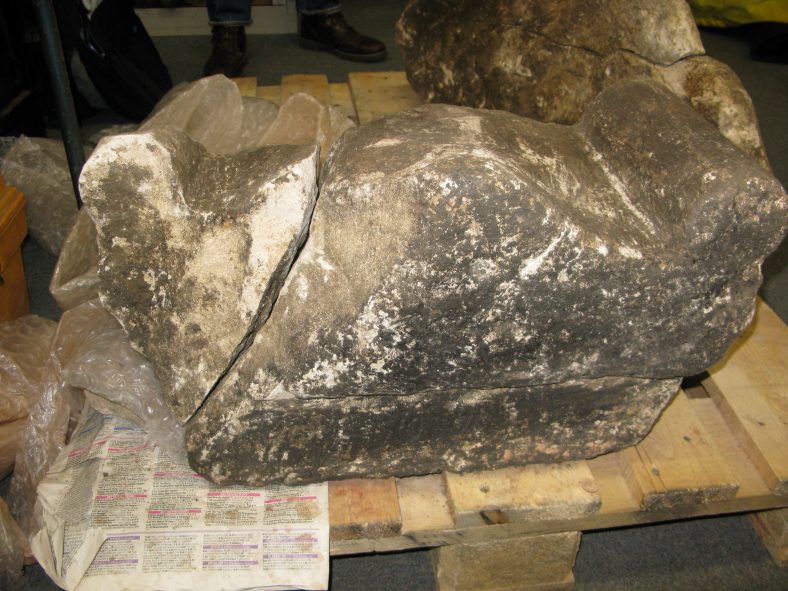 Both items were discovered in2019 at the front of St Mary de Crypt church in Southgate Street while workers were undertaking groundworks as part of the ‘Discover DeCrypt’ restoration project. Andrew Armstrong, Archaeologist at Gloucester City Council, said: “These are the most important fragments of Roman stonework to be found in Gloucester for some decades and the fact that they were found so close to the city centre means they may have been associated with the Roman forum, a public space in the centre of the Roman city, or large public buildings around the forum.”

The objects both need to be professionally cleaned and conserved before they can be put on public display and BGAS are delighted to have been able to join Gloucester City Council and Discover Decrypt Trust in contributing to the cost of their conservation. When this work is completed it is anticipated that the stones will initially be kept at the Museum of Gloucester and later at Discover Decrypt.