You are here: HomenextNewsnextTewkesbury Abbey - new book now on offer 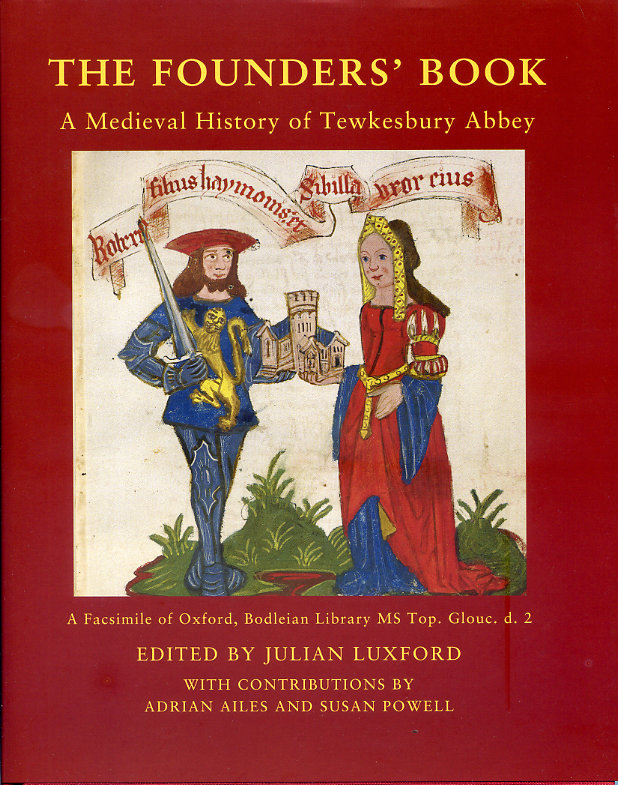 Friends of Tewkesbury Abbey will know all about this attractive new hardback title, with which they have been closely involved.

Just published, this full-size colour facsimile of the “Founders’ Book” (Bodleian MS Top. Glouc. d. 2) records the history of Tewkesbury Abbey, from the transfer of abbey status from Cranborne to Tewkesbury by Robert Fitzhamon in 1102 to the time of the book’s compilation in the late fifteenth century. The Chronicle also records some details of Tewkesbury’s earlier history from Anglo-Saxon times, such as details of the eighth-century Mercian founders, and gifts from the West Saxon king, Beorhtric (786-802).

The facsimile section (pp 137-209) is preceded by an introduction by the editor Julian Luxford, an essay on the heraldry in the manuscript by Adrian Ailes, and a full edition of the Latin text with facing English translation by Susan Powell. The book also includes, with Latin text and translation, an account of the aftermath of the Battle of Tewkesbury in 1471 during the Wars of the Roses, and an index. The book marks the 900th anniversary of the consecration of the new Abbey in 1121 and the 550th anniversary of the battle. ISBN 978-1-907730-89-4

Shain Tyas, the publisher, is exceptionally offering the book at a special price of £28 (post-free in the UK). Interested BGAS members should email shaun@shauntyas.myzen.co.uk directly for fuller details, including overseas shipping etc.