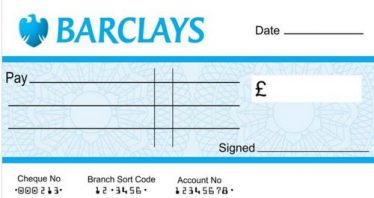 BGAS welcomes applications for funding support to archaeological and historical projects in Bristol, Gloucestershire and South Gloucestershire. We’re able to make these grants because of generous legacies from past members, and we see it as an important part of our charitable function. These examples of what we’ve funded in recent years will give you an idea of the range of activities we’ve supported.

Our grants do not normally exceed £1,500 but may be larger in exceptional circumstances. Applications on our form (doc or pdf) are normally considered quarterly by the Grants Panel, and should be sent to the Honorary General Secretary by the first day of February, April, July or October.

The grants are intended to assist with out-of-pocket expenses such as travel to and from the site or location of sources, copying of original manuscript sources, equipment hire and its transport, or specialist reports on finds. Costs which will not normally be reimbursed include lodging, subsistence and other personal expenses which would normally be paid for by the applicant or co-workers if they were not engaged on the project. Grants will not be awarded for expenses already incurred and will normally be payable in two equal instalments at the beginning and end of the project.

Projects for which grants have been awarded should be completed within three years of the award, i.e. unless a project submitted by 1 February 2021 has been completed by 1 March 2024 the grant will be forfeited, unless an application for an extension of time has been approved. Applicants will be asked to supply receipted invoices for the costs they are claiming on completion of the project.

Applications will only be accepted if they are made on the official application form (see links below). Each application must be accompanied by details of the project and detailed written estimates of the costs to be met by the grant. In the case of applications relating to archaeological projects the accompanying details should include an 8-figure national grid reference and a summary of known information from, for example, the Historic Environment Record. The accompanying details should not exceed 600 words in length and should be supplied single-sided on A4 paper. It is the responsibility of the applicant to arrange for two references to be supplied by the referees direct to the Honorary General Secretary before the closing date for applications.

It is a condition of the award of a grant that the results of the research shall be offered for publication in the Society’s Transactions. The article or report must conform to the house style of the Transactions as set out in the Editor’s Note of Guidance. The article or report must be submitted to the Editor of the Transactions within 12 months of the completion of the project. If, however, the research forms part of a wider project, for which another form of publication is preferable, this condition may be waived at the discretion of the Research Grants Panel. In whatever form the report is published it is an absolute condition of an award that the assistance of the Research Fund is acknowledged on the title page of the article or report. Each grant will be made in the name of one of the donors and the acknowledgement should record this.

Download an application form as a Word document or PDF.